Sand Characteristics and Beach Profiles of the Coast of Gaza Strip, Palestine.

SAND CHARACTERISTICS AND BEACH PROFILES OF THE COAST OF GAZA STRIP, PALESTINE.- The Gaza Strip’s coastline forms a small section of the south-eastern corner of the Levantine Basin. The Strip is 45 km long and from 6 to 12 km wide. Its coastal zone covers approximately 74 km2, of which 2.7 km2 is beach. This study first describes the coastal zone’s profile from observations and the literature. This study also collected 36 sandy sediment samples from 12 sites along its beaches and performed a textural study and statistical analysis of grain-size distribution. The beach tends to be narrower in the north and center and wider in the south and its northernmost stretches and in some sites in the center. The narrower stretches tend to be due to the effects of the seaport and other human construction activity on the sedimentation and erosion rates. The beach profile’s slope varies from a few degrees to 90 degrees. At some sites actions of the waves and tides have caused the sea cliff to erode and mix with the beach sands. Longshore currents bring sands to the beaches from the Nile delta and then northward along the shore. The sand grains become segregated as they move from south to north, being finer as they move north. In general, this study’s analysis of the surface samples found medium-grained sands to predominate, and the sands at most beach sites to be moderately well sorted, mainly as a result of the actions of marine currents; waves, and tides. 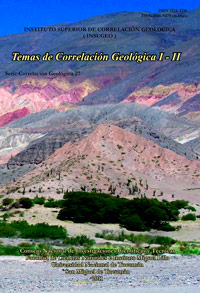